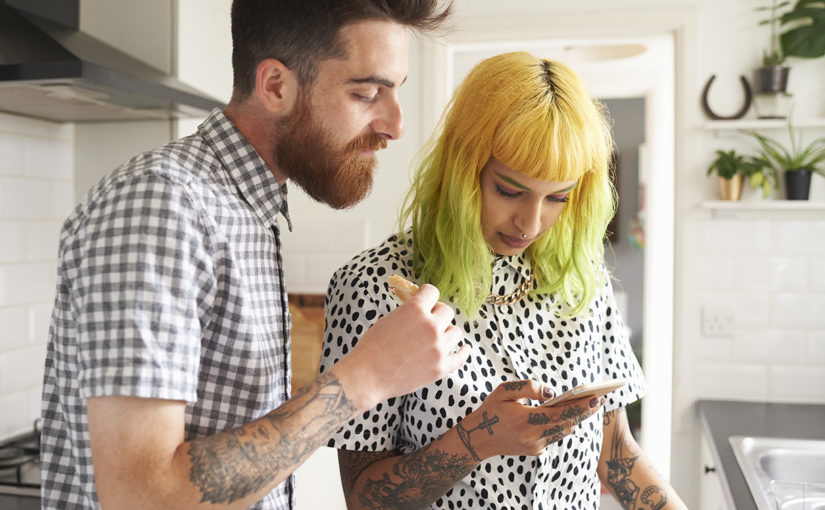 What’s the most important page on a union website? I’d suggest it’s not the home page, or even the General Secretary’s biography, but the online joining form.

In many unions, a majority of members are now joining online. But too often the forms that they use to do so are letting us down.

Even where they’re good, they could often be better still. No matter what stage we’re at on this, it’s always something we can do better at.

This is actually a pretty big opportunity for unions. It’s something that’s interested us at the TUC for some time, after we convened some union colleagues for a design sprint on how people join unions at the end of 2016.

Getting our join forms up to scratch means a lot to unions:

It’s why firms like Amazon spend millions on optimising every button on their payment pages. It’s generally easier (and cheaper) to do work to keep people that you lost for a small reason, than it is to get new people to the point of purchase again.

It was half term last week and my wife wanted to buy some event tickets for herself and the kids at one of our national museums. I suggested she spend a bit more to join the museum as a member, as we could then visit free all year.

We’ve been members of the museum before years ago, and the website has really improved since then. It now works nicely on phones for a start – re-scaling depending on the device you’re using. It also shows you what stage of the process you are at as you complete the form, so you have an idea of what you’re getting into.

There’s still a way for them to go though.

First hurdle was around the offer to members. It had a good clear journey from the ticket page to show that rather than buying a one-off ticket you could join all year. That was nicely done.

But then the form threw her a curve ball by offering different premium levels of membership that hadn’t been mentioned before. That’s a bit fiddly once you’re into filling out the form on a phone already, and meant going back to the site, finding out more information and starting again.

It also didn’t explain whether you could use a new membership immediately or whether you had to wait to get your card in the post. She assumed it’d work immediately (as so much else does these days) and took a gamble.

She got a temporary membership card immediately as a pdf, which was great, but it had no indication of how to use it online to book timed event tickets, only how to use it in person. The website said she should could log in with her museum username but she didn’t have one, and trying all the member reference numbers on the pdf didn’t work.

It turns out that if you register for a username in advance, the new membership gets assigned to your online account, but if you buy membership when you’re not logged in, it doesn’t, so you can’t book tickets online.

That needed a complicated phone call to the very helpful membership department to solve.

Then we found that because payee details and member details were on separate pages on the form, but the form assumed the payee was going to be the first member, she’d ended up putting in her name twice, and getting two membership cards for her, rather than one for each of us.

That needed another phone call.

So some avoidable hiccups in the process introduced costs for the museum and for us.

It’s easy to look at the annoyance that kind of thing generates, and think it’s just first world problems, but those are problems we really need to consider in our digital design process if we want to be attracting people to do something that’s unfamiliar, difficult or expensive.

When people ask me what digital actually means, I generally cop out and refer to this very useful definition from Tom Loosemore.

Digital: Applying the culture, practices, processes & technologies of the Internet-era to respond to people’s raised expectations.

Nearly 20 years ago I was working for a large charity, building their first online shop, selling fair trade crafts and food. The existing catalogue business was used to charging £3 for standard 28 days delivery, but this became the biggest turn off for people looking to shop online with us.

Adding an option of paying £5 for “7 day express delivery” annoyed the users even more, rather than fixing things. In the end we moved everyone to charged 7 day delivery by default, and stopped pretending it was anything like a special “express” service.

We had a good enough product, and a pleasant design, but we were finding that we suddenly had to compete with Amazon on shopper expectations of the process.

Our long held ways of doing things may be common practice within many different unions, but that’s not the point. Our members experience interactions with other organisations too – be they the AA or Netflix – and that sets their expectations.

Digital to a high standard is ordinary, in most organisations of our size and significance. It doesn’t sound ambitious to say that our aspiration is to be ordinary, but that’s what we need in many of our interactions with users.

It is not hyperbole to say that if we fail to offer the baseline digital experience to union members that they get from every other organisation in their lives, the future of trade union membership is in jeopardy.

We’re facing a challenge at the moment in how many of our unions recruit and retain millennials.

The standard way of interacting with organisations for them follows digital expectations:

I confess that this can be really hard to get heads around. On our young workers’ innovation programme I’m used to the goalposts changing almost weekly as we ask new groups of users what they think about what we’ve done so far – and we don’t always like the answers.

There are some simple checks we can be taking though as we start to evaluate and change our join forms:

I spent a really interesting few hours last week, working with dozens of union officers to answer the question of how we can improve our online joining forms. Unions like UNISON and Prospect have been doing good user-led work on adapting their signup processes recently. And Unite’s new mobile-friendly and condensed form is doing well in cutting the number of people who leave the process.

If you’d like to read the results of the workshop, you can do so here. There’s a lot of shared learning there that union colleagues helped surface, and a write up of the practical steps we took to get to our first prototypes.